Last night, I came across a new Catholic women's blog. Thanks to Ebeth for linking to her.

The new blog has a great post and I wanted to spread the word also.

Here is the statement Caroline has asked us to post which I am in full agreement with:

I am a faithful practising Roman Catholic woman, who attends Mass at least once a week and who believes in and practices the Church’s teachings, specifically pertaining to matters on sexuality, contraception, abortion, marriage and the ordination of women. I believe that the Roman Catholic Church is sympathetic to and representative of the needs and concerns of women and their children, wherever they may be in the world. I would like to offer our new Pope Francis, my prayers and support and thank him for his continued protection and support of mothers and their unborn children. I fully endorse Church doctrine in relation to women’s issues.
Posted by Therese at 2:12 pm 10 comments: Links to this post

Thankful Thursday. We have a new Pope. Giving thanks for the church. 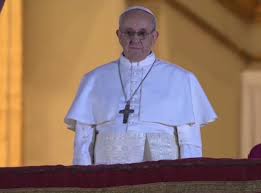 Last night before I went to bed, I set my alarm for 4.30 because I knew that that was the time that smoke would be coming out of the Vatican chimney. I woke up pretty quickly and went to facebook because I knew that my peeps would be posting if we had a new Pope. I noticed after a couple of minutes that my conclave app had an update and it was saying White smoke coming out of the Vatican chimney so jumped out of bed and got Steve up too. We turned on EWTN and saw the Vatican chimney and the Vatican Bells ringing. We sat waiting for the announcement and then Pope Francis came out. It was quite a joyful moment for us all here. Because it was so early, I taped the program for the children to watch rather than waking them so early.

A couple of years ago, a non Catholic challenged me in my faith in God because I am Catholic. At the time, he said to  me that we could discuss anything I wanted and he would prove to me that the Catholic church was not from God and that in being a Catholic, I was not following God's plan for my life.

I challenged him with the fact that God started a church and that the Bible was a product of the church, not the church a product of the bible. We had quite a few notes back and forth about this and he showed me lots of Catholic sinners and lots of how his own interpretation of the bible contradicted some of the churches teachings. At the end of it though, he wasn't able to show me that Jesus didn't start a church because it is obvious from scripture that he did.

I am so grateful that God started the Catholic church and that the church guides us in to full truth. He promised us that the gates of hell would never prevail against her and that he would be with us always. For me, the new Pope is a sign that God is faithful in his words and that he is with us.

Therese.
Posted by Therese at 6:39 pm 8 comments: Links to this post 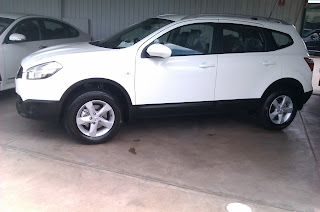 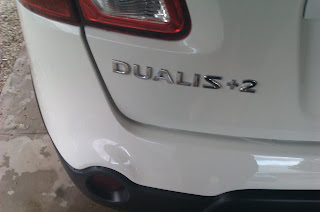 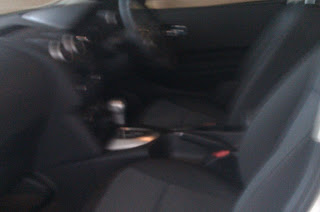 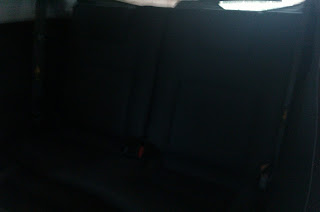 The boot seats. Sorry they are so dark. 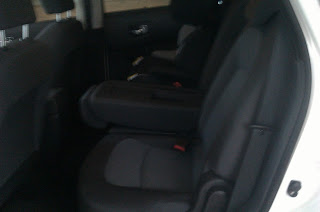 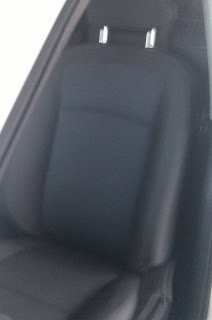 Front passenger seat. This is the most comfortable seat I have ever sat in in a car. 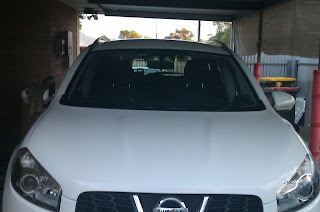 These are pictures of our new car which we picked up yesterday. We git it just in time to take Tom, Amelia and Christopher to Adelaide for an appointment with their endocrinologist.  Our other "big" car has been having some issues so we didn't want to take it to Adelaide. If we didn't get this car in time, I would have had to driven our "little" car down with the three children. Steve would have had to stay home with Joseph and it just would have been a really hard long day for all of us.
So today I give thanks that we got our car in time and that we have a nice car to drive our children in.
Posted by Therese at 8:26 pm 4 comments: Links to this post

It is nearly two weeks since I last posted here. Not a good time to talk about consistency. I thought since we are half way through the term this week, it would be a good time to review how my word for the year is going.

Back at the beginning of the year, I chose consistency for my word. I said:

I want to be consistent with prayer, the different therapies my children need and my day. I want to do everything I need to with consistency and regularly.

In looking back I see the following good things:

Joseph and I start our day out everyday with prayer or mass. On Monday and Fridays, mass is in the evenings so we go and pray the rosary at church. On Tuesday, Wednesday and Thursday, mass is in the morning so we go to mass.

Most days after mass we go to the foreshore for Joseph to do his exercises.

Most mornings, I write up a to do list for the day. I have been pretty successful at getting everything done on my list most days.

the things I need to improve on:

My own personal prayer time. I have prayer time scheduled for the mornings. I need to do this more. I tend to either sleep or get up and check facebook, words with friends and email. I also have scheduled to do an examination of conscious each night but rarely do it. I spend time on computer or playing games.

Time management. Even though I am writing a daily plan and what I want to get done, I am also spending a lot of time sitting around and not being productive. That is one of the reasons I haven't posted on my blog for two weeks.

Homework: I want to be a bit more consistent in helping the children with their homework and be more involved in their learning.

Limiting screen time: For me and the children. They children are suppose to only have computer/television time between 4.00 and 5.00.

Pump uploads and recording bsl. Recording bsl and uploading pumps has never been my strong point in looking after the children's diabetes. I need to be more consistent in keeping their records and emailing pump uploads for their endocrinologist to look at.

Posted by Therese at 9:54 pm 3 comments: Links to this post