Back in 2009 I did this meme. It was fun to look through and see what has changed and what is the same.

I have copied and pasted the questions and answers that I gave back in 2009 and I will add in any that are different now in blue.

This is kind of like the 25 things - except there are pre-decided questions and it's about you and your spouse or SO not just you. Come on, play along - inquiring minds want to know! ;-)♥ What are your middle namesAngela and Osmond.♥ How long have you been together?22 years. 26 years (22 married)
♥ How long did you know each other before you started dating?A couple of weeks.♥ Who asked who outSteve offered me a lift to a party we were both going to. ♥ How old are each of you?both 43.
Both 45.♥ Whose siblings do/did you see the most?Probably mine but we don't see a lot of either siblings. I think now we see more of Steve's sister.
♥ Do you have any children together?Yes. 8. ♥ What about pets?Dog, Cat, love birds, chickens, turtle, Dog, cat, chickens, gold fish,
♥ Which situation is the hardest on you as a couple?Our first year in Milicent♥ Did you go to the same school?No♥ Are you from the same home town?Yes. ♥ Who is the smartest?Steve. ♥ Who is the most sensitive?Me. ♥ Where do you eat out most as a couple?Hungry Jacks. Cafe Primo
♥ Who has the worst temper?Me♥ Who does the cooking?Mostly me. ♥ Who is more social?Me. ♥ Who is the neat-freak?Steve. ♥ Who is the more stubborn?Me. ♥ Who hogs the bed?Neither. Neither still but Steve hogs the blankets.
♥ Who wakes up earlier?Steve. ♥Where was your first date?Walk at Morialta falls. ♥ Who has the bigger family?Me♥ Do you get flowers often?No. ♥ How do you spend the holidays?doing the bare minimum. Now we have been trying to have a couple of nights away on our own and leave older children in charge of younger ones but since two children are moving out, we probably won't be able to do it as much.
♥ Who is more jealous?Neither. ♥ How long did it take to get serious?Probably about a year. ♥ Who eats more?Steve.♥ Who does/did the laundry?Brigette and I. Now Amelia and I.
♥ Who’s better with the computer?Steve. ♥ Who drives when you are together?Steve.

Would love other to do this and post it on their blogs. Let me know if you are doing it and I will add a link.

Therese
Posted by Therese at 6:26 pm 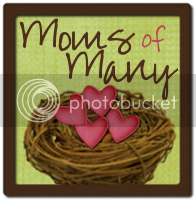