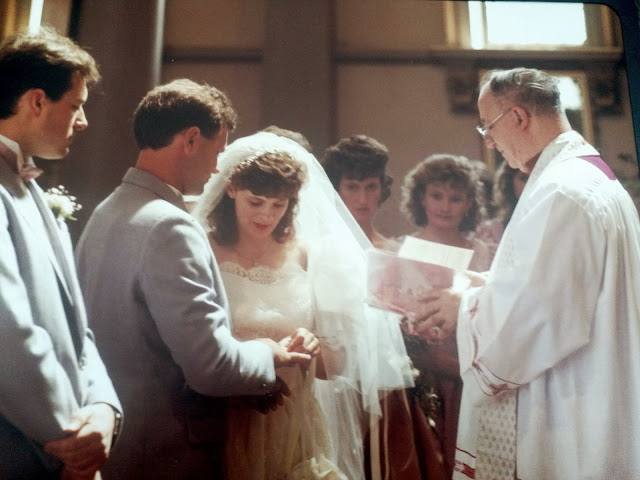 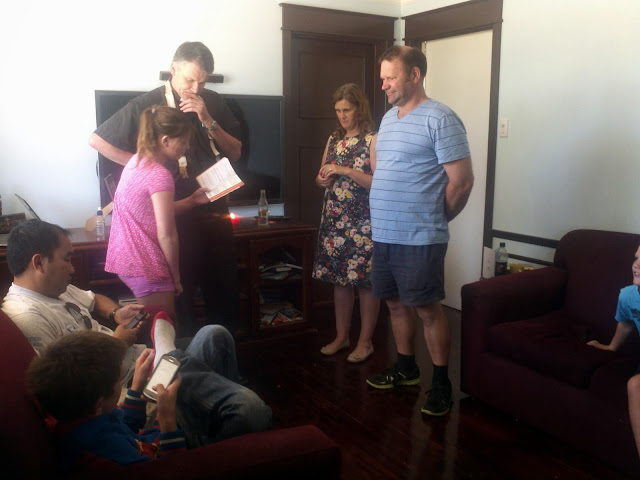 Amelia did a reading. 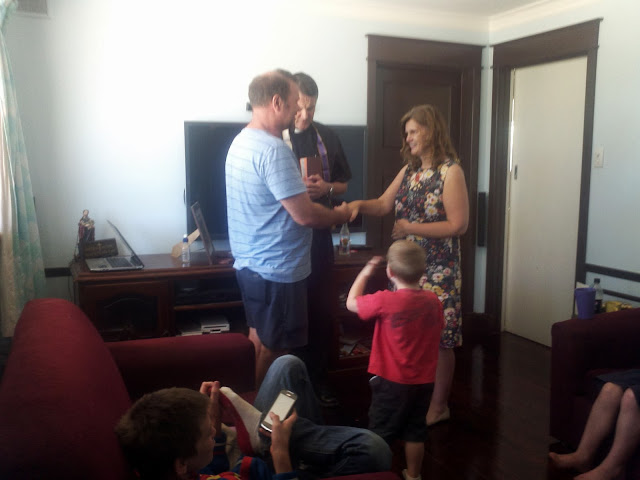 Today Steve and I celebrated 23 years of marriage. It has been quite a ride but I am thankful for everything we have been through together and there is no other person I would rather have by my side to travel through with.

Our parish priests came over this afternoon and we had a small ceremony. Amelia read from 1st letter to the Corinthians, we renewed our marriage vows and Fr. Paul blessed our ring with Holy water.

I look back on that first picture and just remember how blessed I felt. I really was glad Steve had chosen me to be his wife and that he and I would spend the rest of our lives together.

We have had some difficulties but never have I regretted my decision to accept Steve's proposal. With every storm we have travelled through, we have become closer and more committed to each other.

I am so thankful that we have had the church to guide us and tell us what is right and wrong. I honestly don't believe our marriage would be half of what it is today without the teachings and God's grace from all the sacraments.

Posted by Therese at 7:27 pm 12 comments: Links to this post

What we are doing this year.

Next week, school will be starting in South Australia. I thought I would go through everyone and let you know what we are doing.

Daniel, Sam and Madeline are all still living in Adelaide. Daniel has about 18 months to go with his teaching degree and Sam and Madeline are both working for Hungry Jacks still. Madeline has left fashion design and is thinking of studying creative writing. She was going to apply last year, but because she would have had to pay a late fee, I suggested she wait and she did. Maybe she will be able to do a mid year entry. Sam is also doing a management course. He is hoping to get some management position at some stage.

In Port Augusta, Steve is back at work as a permanent relief teacher. This year he is at a different base school though. His base school is the school he goes to when they don't need a reliever in any of the schools.

Brigette is starting year 11. She is hoping to do law when she finishes school so has some pretty challenging subjects. I am sure she will meet the challenge with the same success she has in the past.

Tom is going into year 9, Amelia into year 7 and Christopher into year 3. I expect they will all want to do Musical Theatre again this year and the boys will probably do Cubs and Scouts again.

Joseph will start full time Kindy this year and have 9 sessions a fortnight. He will go every Wednesday and Thursday for a full day and have a half day on every other Friday.

In term 4 last year, Joseph has one full day of Kindy a week. It was the first time, I had no children at home for 21 years. The day went really fast but I really appreciated having some time to myself. This year, I will go to the canteen on Wednesdays and have a day to myself on Thursday. I will miss having him around but time to myself is so rare these days, I really do appreciate it more and more.

Posted by Therese at 4:34 pm 4 comments: Links to this post

Yesterday, I made banana muffins, chocolate muffins and fruit buns. Here is the Banana muffin recipe. 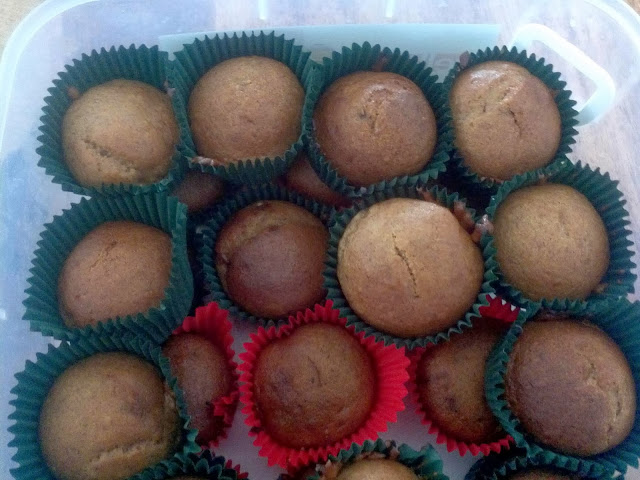 Posted by Therese at 9:02 pm No comments: Links to this post

We have a couple of very hot weeks so since we need to stay indoors, I have been doing a lot of sewing.  These dresses
I have made for me. I don't think i have done so much sewing for me before.


I also made a couple of stretch knit tops but it doesnt look like I have taken any photos of them yet.


Next week will be the last week of the school holidays so I really should try and get some shorts sewn for them all to wear to kindy and school. 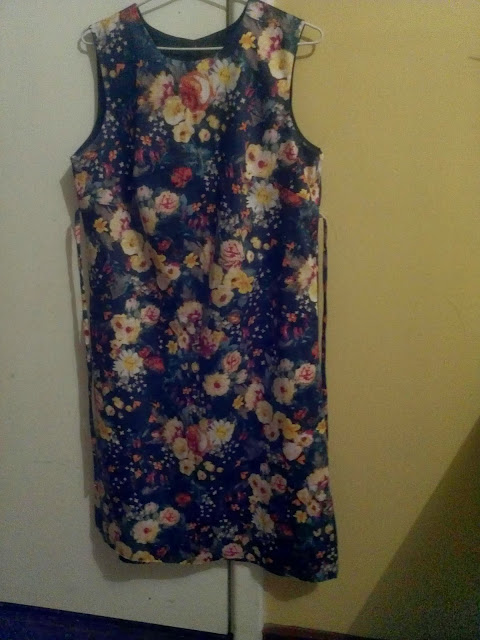 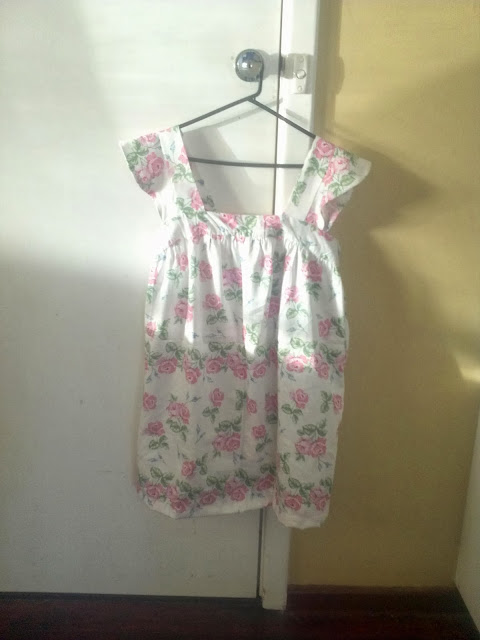 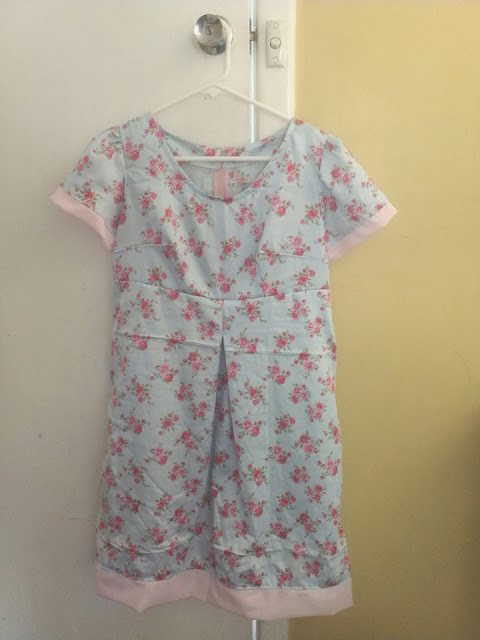 Posted by Therese at 9:34 pm 5 comments: Links to this post

Photos of the lounge room 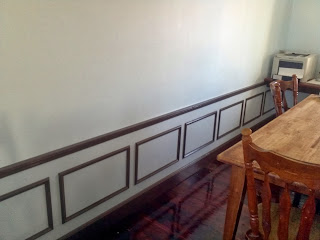 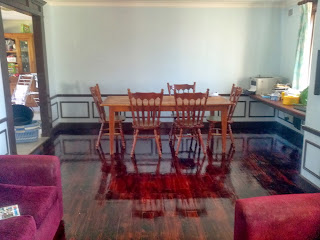 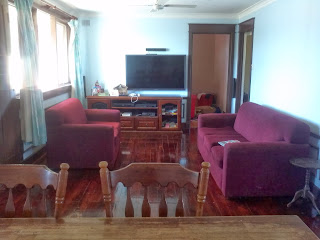 I posted these on my Facebook page a while ago but realised I had neglected to post them here so here they are.

I'm going to make some curtains that match our new style over the next few weeks.

Posted by Therese at 11:21 am 6 comments: Links to this post

St Catherine of Siena and a word for the year. 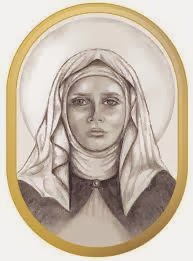 After time in prayer and thinking about what I want to do this year, I have chosen St. Catherine of Siena as my saint for the year and faithfulness as my word.

I have chosen faithfulness because I want to be more faithful to God, my vocation as a mother and wife and all the things that God is calling me to.

It is my hope this year also to be a bit more faithful to blogging and following the bloggers that follow me. I do post a bit more at Facebook so that has limited my posting here but I want to do both this year.

Posted by Therese at 10:20 am 3 comments: Links to this post

A year with 3 type one diabetics. 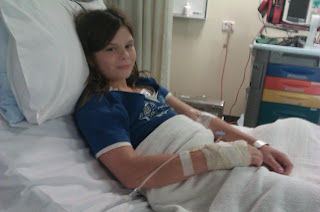 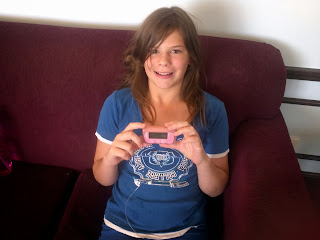 Today is the Anniversary of Amelia's diagnosis. We will give a donation to Dr. Faustman and celebrate in some way.
It has had it's challenges but I am glad that mostly our three diabetic children are relatively healthy.

Posted by Therese at 4:02 pm 2 comments: Links to this post

A Year in Review. Part two. 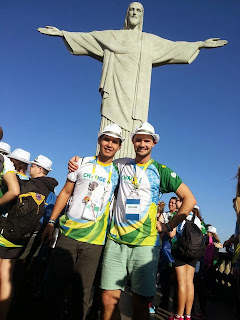 Madeline and Sam moved to Adelaide in July. It was a big adjustment for us all. I suddenly realised just how much I did for them because we weren't nearly as busy as when they were home. Daniel also went to World Youth Day in Brazil. He was away when Sam and Madeline moved into the house.

Daniel enjoyed WYD but got an infection in his foot on the way home. It was very painful for him and became very swollen while he was on the plane. Fortunately when he got back to Adelaide,  he was able to get antibiotics and recover from it.

In August, I took Amelia to Adelaide to start pump therapy. Being the third child to go onto an insulin pump meant that I knew pretty much everything there is to know about it. It took us a few days to get her insulin doses right but over all we have been really happy with it. It was good to have them all on the same treatment. While Amelia was on daily injections, I found I forgot often to remind her to have lantus. It was just as well she was so reliable and often did it without reminding.

September was Steve's last month of work for the year. He had 4th term of with long service leave.

I started doing costumes for the girls in Christopher's musical theatre group and Steve started working on what he would do for renovations while he was home. He painted the back verandah and then started working on the wooden floor boards in our lounge.

At the end of the October Holidays, Amelia went on Diabetes camp. Steve and I took the opportunity to get away on our own while she was there and left the boys and Brigette with Daniel in Adelaide.

When we got back, Steve worked on the lounge just about every waking hour and I spent a lot of time sewing the costumes for Musical Theatre.

November flew by and I was in a great hurry to get all the musical theatre costumes done. I think it was in November that I realised just how big a job I had agreed to and thought I had taken on something that was too big. I just decided to keep at it though and sewed in every spare minute I had. the first week of December was the week before the concert. I finished the costumes just one hour before the first concert on the Saturday night,.

Once Musical Theatre was over, we started to prepare for our family holiday. Our older children were going to the Youth Festival in Melbourne and we decided to go along and take the younger children to see around Victoria and Melbourne.

It was a great holiday but we were all glad to get home.

On Christmas day, my mother turned 80.

We went back to Adelaide for Christmas and to celebrate my mother's birthday.Because we had been away for two weeks just before this, we only stayed in Adelaide for the two nights and came back.

You can read part one here.
Posted by Therese at 8:15 pm 2 comments: Links to this post